Transfers and chauffeur service in Venice 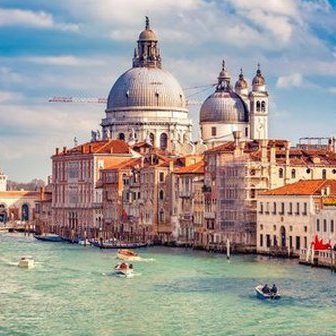 Transfers and chauffeur service in Venice

Traveling to Italy and going to visit Venice?
You are in a right place!

We offer safe, reliable and cost-effective private door-to-door transfers to Venice from Venice Marco Polo Airport (VCE), Treviso Airport (TSF) and vice versa, as well as any other transfers from Venice to any destination within Italy or neighboring countries.

Furthermore, you can book our affordable chauffeur service renting a car with driver for several hours or for the whole day to use it in Venice.

Venice is the capital of the Veneto region in northeastern Italy. It consists of a group of 118 small islands separated by canals and linked by bridges, located in Venetian Lagoon, an enclosed bay between the mouths of the Po and the Piave rivers. The polulation of Venice was 258,685 people, according to 2020 statistical data. Along with Padua and Treviso, Venice composes the Padua-Treviso-Venice Metropolitan Area (PATREVE), populated by 2.6 million people.

For over a millennium, from 697 to 1797, the city was the capital of the Republic of Venice (Serenissima Repubblica di Venezia), a major financial and maritime power in Europe during the Middle Ages and Renaissance. It was also an important center of commerce and of art from the 13th century to the end of the 17th. After the Napoleonic Wars and the Congress of Vienna, the Republic was annexed by the Austrian Empire, until it became part of the Kingdom of Italy in 1866 as a result of the Italian war of Independence.

Venice is being refered as "La Dominante", "La Serenissima", "Queen of the Adriatic", "City of Water", "City of Masks", "City of Bridges", "The Floating City", and "City of Canals". The Venetian lagoon and the storical part of the city are included into the list of UNESCO World Heritage Sites.

Venice is one of the most popular tourist destinations of the world, a major cultural centre, and has been rated many times the most beautiful city in the world.

How to get from Venice to the airport

There are two airports serving Venice: Marco Polo Airport (VCE) which is primary airport of Venice, and Treviso Airport (TSF) which handles mainly low-cost airlines like Ryanair and Wizz Air.

Since any ground transportation means are not allowed to enter the storical city centre located in Venetian lagoon, your travel from central Venice to one of its airports in any case will start from water taxi journey or walk to Piazzale Roma or Tronchetto island. You can proceed with the same water taxi straight to Venice Marco Polo airport, but take in consideration that it will cost you more than 100 euro.

To get from Venice to Marco Polo Airport you can use also water bus (vaporetto). Vaporettos depart from Piazza San Marco and run from early in the morning until late at night. The ticket costs 15 euro.

From the same Piazzale Roma you can take taxi, too. The taxi ride to Marco Polo Airport will cost about 40 euro, and to Treviso Airport about 90 euro.

And finally, if you stay in close proximity of Piazzale Roma or Tronchetto island, or if your hotel locates on mainland, then the private transfer will be the most hassle-free option for you, especially if you prefer to deal with professional English-speaking driver instead of occasional Venetian cabby who most probably will not speak neither your language, nor English.